It all began with a post-it, no, really!  Well, Ok, a back injury that led to an appointment with a Physical Therapist, who gave me a post-it note. I saw her start to write something, hesitate briefly and then finish, handing it to me. Her blog address as seen above. When I got home I couldn’t wait to jump on the tablet and start reading. What I found was unlike anything I had ever read before. She was an open book, or as open as I had ever see anyone be. Her blog is a veritable window into her heart and soul. I was struck by her brutal honesty and openness as she spoke of her daily struggles in learning to love herself and others, of learning to be vulnerable and open to all that life has to offer.  I was taken by her incredible strength and determination to well, to be free. I could go on and on but you should visit her site and read for yourself. You know her as Tiffany at Tiffanybeingfree.com.

I kept reading post after post, prose, poetry her personal insights and sharing about spiritual matters and her tools, emotional alchemy, meditation, breathing etc..  And then I happened upon the post. The one about “Grandpa” and the traumatic abuse she suffered at his hand and the hand of others. It ripped out my heart out and I began to cry.  Something I had not done in a long, long time. The floodgates opened and I found myself grieving for her, the pain and suffering she has experienced. Eventually I realized it was more than that, I was also grieving for myself, my deep inner turmoil my own self-loathing, my guilt and shame.

To tell the story I need to take you back to 1968.  My father, a Navy Chief and “Bubble-Head”,  what submariner’s affectionately refer to themselves as, was the acting  command Master Chief of Submarine Squadron Fourteen in Holy Loch, Scotland.  We first arrived there in the summer of 1966 after spending four years in Austin, Texas, seven years in Pearl Harbor, Hawaii and one year in Massachusetts where I was born in Boston at the Naval Hospital.  We being my mom, my two sisters, my brother and I.  To say I was proud of my Father would be a huge understatement.  He was my everything, a navy Chief and a Submariner. I mean, how Badass is that?! I later learned that he enlisted in the Navy in Jan, 1944 during WWII at the age of sixteen and later served on the crew of SSG 282 USS Tunny, the very first missile sub in the fleet. I fondly remember going on the Tunny and eating ice-cream in the galley with my cub scout troup.  In Scotland I even ate Christmas and Thanksgiving dinners on nuclear submarines, How cool is that?

I wish I could say that everything was hunky-dory, it wasn’t.  Although I loved my father he had a temper, one that I lived in fear of.  They now call it ADD, but regardless of what they called it then, I had it in spades. I was compulsive and had a “mouth” and I knew how to push his buttons. To the point that he would lose it, rip his belt from his pants and start swinging with no regard for where he hit me or how hard. I was quick and usually found refuge in the bathroom on the stair landing until my mom would come some time later and tell me it was safe to come out. But I didn’t always make it. Physical abuse is one thing but emotional abuse is quite another and I think, for me anyway, much worse. One of my sisters is five years older than me and is quite the peacemaker. She was my mom’s right hand, and she seemingly did everything right, except when she wasn’t there. She was a high school senior and for nine months she attended a DOD boarding school in Lakenheath, England.  And that left me, compulsive and ADD and totally unable to fill her shoes and be perfect.  So for ninths months I cried myself to sleep begging for someone to love me with his voice a constant loop in my head, “can’t you do anything right”  “No Dad I can’t, I’m not her”, I would think as the tears stained my pillow. I just wanted him, for once, to be proud of me.

In February of 1968 he asked me to go skiing with him and another father and son.  After much consideration I told him no, fear won the day.  My excuse, my Saturday morning bowling team needed me. I have regretted that decision for a life time. A little over four months later he was dead. A massive coronary, the result of a three pack a day habit. And in my head, his voice, over and over again, “can’t you do anything right?”  I went thru all the emotions, anger at God, even feelings of abandonment but the one that stuck with me the most, it was my fault because I wasn’t good enough.

I didn’t intend for this post to be a two-parter but emotionally it is all I can handle right now.  I have learned that apparently I didn’t grieve enough so now some forty-eight year later I am still in that process.  Part Two will come in a day or two, I don’t think it will be any easier.  I look forward to any comments or questions, I have found that it really helps knowing that we are not alone on our journey.

Ps: Please feel free to contact me offline at thebogandthemire@gmail.com

5 thoughts on “Genesis….. My Reawakening”

All images are courtesy of Google Images or Pinterest unless otherwise noted. 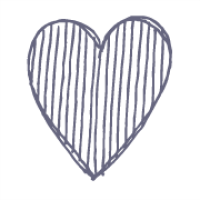 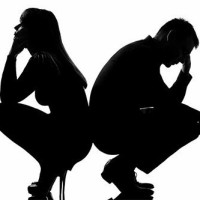 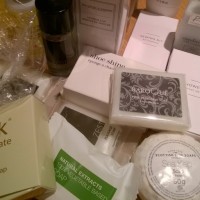 Purity for growth and strength

unfiltered from the heart

understanding ourselves to be free

Practical Steps for Friendship, Unity and Intimacy in Your Marriage

For millennials seeking the abundant life of Jesus

Rebelling against a culture that values assimilation over individuality.

"Fill your paper with the breathings of your heart." William Wordsworth

Finding my way back out of motherhood -- while mothering

Living in a Sexless Relationship.

This blog is for those who suffer silently without sex in their marriage.

This WordPress.com site is the bee's knees

gratitude makes what you have more than enough

Be your own voice, let it all out. Dont let anyone stop you from being you

Musings of a Bored Sales Rep

Purity for growth and strength

unfiltered from the heart

understanding ourselves to be free

Practical Steps for Friendship, Unity and Intimacy in Your Marriage

For millennials seeking the abundant life of Jesus

Rebelling against a culture that values assimilation over individuality.

"Fill your paper with the breathings of your heart." William Wordsworth

Finding my way back out of motherhood -- while mothering

Living in a Sexless Relationship.

This blog is for those who suffer silently without sex in their marriage.

This WordPress.com site is the bee's knees

gratitude makes what you have more than enough

Be your own voice, let it all out. Dont let anyone stop you from being you

Musings of a Bored Sales Rep